Square Footage & Why It’s Missing on Many Co-op Listings

Square Footage & Why It’s Missing on Many Co-op Listings

Condominium listings almost always include square footage, and for good reason– it’s an important part of the property-search process and helps buyers make informed decisions. But a quick dive into property listings will reveal that co-ops very rarely announce square footage in a listing.

Most buyers want, and often need, to know what the square footage of an apartment is, so why is it so consistently left out? Does this trend mean that square footage isn’t all that important?

Co-op vs. Condo: What’s the Difference and Why Does it Matter?

To understand the disparity in square footage listing between condos and co-ops, it’s important to know the difference between the two. A condo is very similar to an apartment. Where they differ is ownership: an apartment is rented while a condo is owned. Both, however, are usually managed by a property company and often share common spaces and amenities within a larger building.

Because a condo itself is owned in full by the buyer, square footage must legally be included in the listing. Even resales must almost always explicitly report the square footage of the apartment being sold in the offering plan.

Co-ops are quite different. Here, a buyer purchases shares in a corporation that owns the building rather than directly purchasing the property itself. The corporation is essentially providing proprietary leases for residence in exchange for investment.

As a result there is usually no official legal record clearly listing both the exact square footage of each apartment and the methodology used to derive it. With this in mind, brokers often choose not to specify square footage of a co-op because most numbers they use will be a rough approximation, varying greatly depending on the process used to measure and calculate the space.

Square Footage Isn’t All That Square

Units of measurement are not subjective; they either are or they aren’t. Square footage as a component of property listings, however, can vary widely depending on the methodology used. Some will measure area from the outside of the unit’s outer walls, meaning that unlivable space, including that taken up by brick and concrete, is included in the square footage.

Some measure the space within the inside of the exterior walls themselves, meaning interior wall space is counted but exterior walls aren’t. Others measure the perhaps more pragmatic component of livable space. This seems to be the most useful and applicable for a buyer, but can still differ: some measurements of livable space will consist of all area up to the window sill, while others will include the sill and measure flush with the window itself.

Due to this disparity in measurement by the professionals that conduct it, there is no single objective process of measuring square footage. Because standards differ, the numbers produced by them do as well.

As a general rule we recommend that people make informed decisions based on livable space rather than total square footage. Further, remember that other components of an area can make vast differences for the feel of a place. Two apartments that share identical layouts can appear completely different depending on ceiling height, size and number of windows, and lighting.

In real estate, square footage is not some universally defined system of measurement. Instead, it varies greatly depending on the methodology used to derive it. At SPiRALNY, we recommend working with your real estate agent when determining what exactly square footage is referring to and how it can inform your property buying process.

If you are looking for a knowledgeable real estate agent with experience in working with buyers of condos and co-ops, be sure to reach out to us at SPiRALNY. 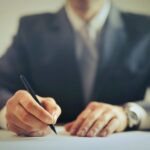 Previous Story
How Seller Concessions Can Help With Closing Costs